Dungeons are event areas that require a party of 2 to 4 players to start. The goal is to defeat the mobs and their respective bosses within a timer.
Runes and potions are infinite inside of dungeon instances however players will not gain skills nor magic level while inside of a dungeon.
Dungeons can be accessed through the dungeon lobby in the western wing of the teleport room. 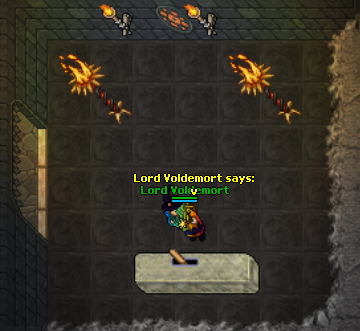 Additionally the dungeon system offers a solo mode however this mode requires a much higher minimum level and has a different scaling.
This ensures that we don't let newcommers try content that's unlikely to be balanced towards solo players while letting veteran players do it at their own risk

Upon completion of a dungeon each team member is rewarded a Dungeon Talsiman for one of any of the dungeons of that same difficulty.
When starting a dungeon that you have a valid talisman for, you will be prompted whether you would like to start a normal dungeon run or a talisman run.
Talismans increase the difficulty of the dungeon - the harder the dungeon completed the better the rewards!
Talismans are only valid through the week they have been looted in and will expire during the weekly reset.
Successfully beating the dungeon timer while in a Talisman Dungeon will upgrade it by 1, 2 or 3 levels to a random dungeon depending on the timer tier your team beats.
If you fail to beat the timer your Talisman will be downgraded by one level (up to a minimum of 2) for a random dungeon. Abandoning a dungeon will downgrade the Talisman by one level for the same dungeon you abandoned.
The higher the Talisman level the more Dungeon Tokens and better Artifact Power Tokens your team will receive.

The Dungeon cache is a weekly reward chest that rewards players with additional Dungeon Tokens and Artifact Power Tokens based on the highest tier Dungeon they completed the previous week; the Dungeon cache can be found near the Dungeon Token Trader.
If you're offline during the reset you will instead have the reward mailed to your inbox the next time you log in. 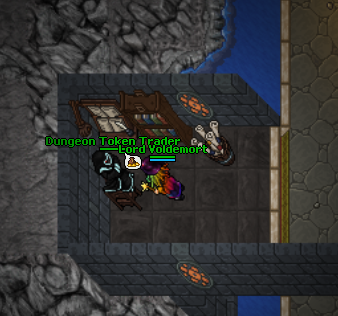 You can get tier set upgrade token weekly from dungeons by  Completing 15x level 10+ dungeons. Also it will be raised weekly, Tier Set dungeon level requirements raised by 5 levels for each time period.

A team can only participate in a non-talisman dungeon run 2 times per dungeon (3 per dungeon with a daily streak bonus) each day. The cooldown resets daily at 3 AM server time (EST).
There is no limit on Talisman runs. You can run them however many times you wish.

Dungeons reset weekly on the 10th hour of the 3rd day of the week. You can see advanced statistics on the Dungeon Leaderboards on the website.

To make Talisman run Dungeons more difficult, a timer is applied and broadcasted in your Dungeon Channel; the quicker a team completes the Dungeon, the better the Dungeon Token rewards.

To make Talisman run Dungeons more difficult, players are required to kill a percentage of the total number of enemy forces that spawn in a Dungeon during Talisman runs.
Information regarding enemy forces can be seen in the Dungeon Channel.

Each week mods are randomly selected and applied to Talisman run Dungeons; the modifier tier depends on the Talisman's level; Modifiers make Dungeons more interesting and more difficult.
The mods apply at dungeon levels 5, 10 and 15 for the easy, medium and hard tier respectively.
You can view the list of currently active dungeon mods on the Dungeon Leaderboards.
The following dungeon mods currently exist:

The Dungeon Channel provides the Dungeon Team with all of the necessary information regarding monster drops, party member status, timers, boss encounters, and enemy forces.
Alternatively you can use the Dungeon Window to track the information about your current run. The window can be accessed through More -> Dungeon button in the client. The Dungeon Window will automatically open when you start a dungeon. 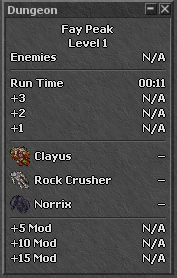 The Dungeon Channel provides the Dungeon Team with many helpful commands. Players can vote to !leave the Dungeon, view their current !experience gain, !gold earned, view the !enemy forces counter, !timer duration, and even !toggleloot messages.

-All the gold will be sent to your bank and all the loot you will find them in your mail!

-Dungeon bosses have new special abilities; some being, but not limited to:Demoralize, Silence, Root, Stun, Disorient 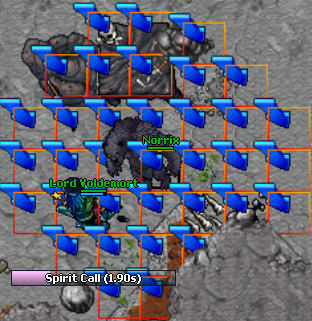 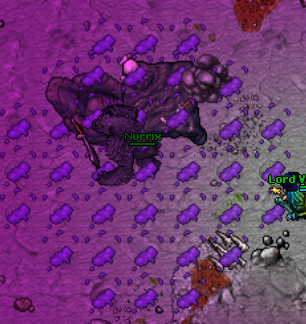 -If you died you will be backed to the start of dungeons or that last boss you killed and you will lose some run time.

-There is 14 normal dungeons you can start them all 3 times a day.

Export
Back to top